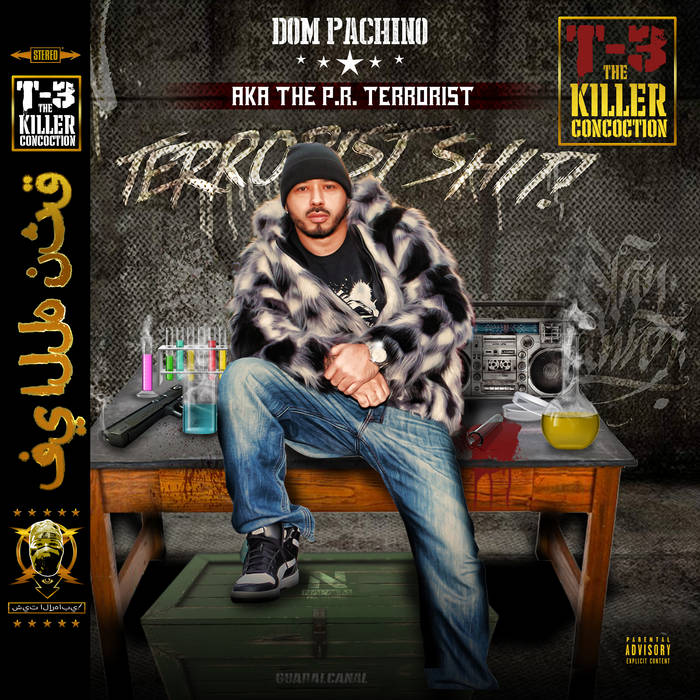 This is the third installment from the TERA.IZ.HIM series.
=======GET YOUR HARD COPY CD ON MERCH PAGE======

Dom Pachino a.k.a. PR Terrorist is known for his success as a founding member of the Wu-Tang affiliated group Killarmy, which sold collectively over 500,000 units worldwide. He appeared on Platinum and Gold albums such as Wu-Tang Clan's “Wu-Tang Forever” as well as “The Swarm” and "Bobby Digital in Stereo." He has three successful world tours with the Clan and two solo arranged by the man himself. ... more

Bandcamp Daily  your guide to the world of Bandcamp

Featuring Gary Bartz, 5 years of Rhythm Section Intl and an LP of the week by Nicolas Jaar